Nehemia Gordon from Jerusalem, Israel compiled the following New Moon Report for the month of July 2009 and the beginning of the Fifth Biblical Month.

“On Thursday July 23, 2009 the new moon was sighted from Jerusalem by Devorah Gordon at 19:50 and shortly thereafter by Rick Busenbark. The new moon was also sighted from Maale Adumim by Roy Hoffman at 19:34 and from Ashdod by Magdi Shamuel at 19:38.”

The next newsletter will be the September/October 2009 issue.  It will be published and posted shortly after the new moon in September, which will mark the beginning of the Fall Feasts.  That new moon will be visible near sunset on September 20, 2009, barring cloud cover.  It will be 4.64% illuminated and 7.100 above the horizon at 5 minutes past sunset.

There was a large impact on Jupiter by an asteroid or comet on July 20, 2009.  NASA’s Infrared Telescope Facility in Mauna Kea, Hawaii took the photo of the impact below. 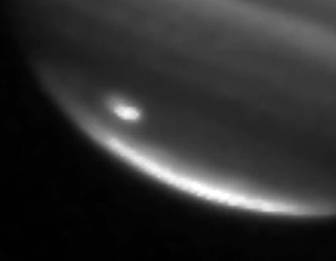 The impact is the bright circular area.  The explosion was the size of Earth.

The following article is from a FoxNews.com news bulletin released on July 21, 2009.

PASADENA, California — “A large comet or asteroid has slammed into Jupiter, creating an impact site the size of Earth, pictures by an Australian amateur astronomer show.

News of Wesley's find on a backyard 14.5-inch reflecting telescope has stunned the astronomy world, with scientists saying the impact will last only days more.

Wesley said it took him 30 minutes to realize a dark spot rotating in Jupiter's clouds on July 19 was actually the first impact seen by astronomers since a comet collided with the giant planet in July 1994.

"I thought (it) likely to be just a normal dark polar storm," he said on his website.

"However as it rotated further into view and the conditions improved I suddenly realized that it wasn't just dark, it was black in all channels, meaning it was truly a black spot," Wesley said from his home at Murrumbateman, north of Canberra.”

The following is update posted on Sky&Telescope.com.

“The Hubble Space Telescope team suspended their shakedown and calibration of the recently rebuilt telescope and rushed its new Wide Field Camera 3 into service to image the impact mark. And what a success! The image below resolves far more detail in the mark than any imagery yet from the ground, and will surely tell more about the impact itself. Read all about it, and view more Hubble images.” 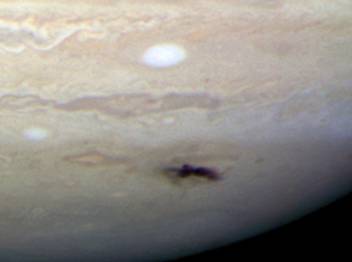 Hubble's new Wide Field Camera 3 was rushed into service to take this closeup of Jupiter's impact mark on July 23, 2009. In this view north is up.

The impact mark in the photo above is the dark mark, not the white mark.  If you saw and remember the 19 impacts from the Shoemaker/Levi comet back in July 1994, they first glowed brightly when they first impacted the planet and then darkened as the heat from the impact subsided.  This is what happened here.  The explosion from the impact was the size of the earth just as most of the 19 impacts in July 1994 were.

The Hebrew name for the planet Jupiter is Zedek which means Righteous or Righteousness as in THE LORD OUR RIGHTEOUSNESS from Jeremiah 23:6 (zedek is also shown as tsedeq).  Zedek is also used in the title Melchisedec or Melchizedek, The King of Righteousness.  Yahshua was made the High Priest forever after the order of Melchisedec (Hebrews chapters 5 through 8).

From ancient times Jupiter was always known as the King planet.  It represents Yahweh, the Father, or His son Yahshua HaMachiach also known as Jesus Christ.

It was Yahshua who took the stripes and wrath that were meant for us upon himself.  I did an article or some sort of write-up at the time the Shoemaker-Levi 9 comet fragments struck Jupiter in July 1994.  It is now buried somewhere but I can give the gist of it here – at least the main theme.

Jupiter captures or causes perturbations in the orbits of a number of asteroids and comets every year.  It can fling the objects back into the outer solar system from where they came, or fling them toward the inner solar system, which Earth is a part of.  It can also capture their orbits and pull the objects into itself, destroying them.  Some of these asteroids or comets may have a destination to strike Earth and at times Jupiter may avert such catastrophes.  It can also help cause such a catastrophe.

When the comet fragments slammed into Jupiter in July 1994 it reminded me of Jesus Christ who took our blows for us at the time of the crucifixion.  Most of the explosions from the numerous comet fragments striking Jupiter were the size of Earth.  If the comet fragments struck Earth, it would have wiped out most if not all of mankind.  Though the energy release would not have been as large if they struck the earth, since they would have struck with much less velocity, the number of impacts would have been disastrous.  If one such fragment struck the earth it would have taken out a continent the size of Europe.  Such an object is destined to strike the earth according to Revelation 8:8.  That will be meant for the enemies of Messiah and used in God’s wrath.  Most likely those who are in Messiah will not be here at that time since we are not appointed to His wrath.  Will Jupiter fling such an object at the planet Earth at that time?

Now, there are some very interesting factors that need mention here concerning the location of Jupiter in the Zodiac at the time the comet fragments struck on July 16-22, 1994 and the object that struck it on July 20, 2009.  One interesting fact is that the latter object struck Jupiter on the 15th anniversary of the other impacts.  As I recall, there was a missing fragment that did not strike Jupiter in 1994.  Could this be that missing fragment that went into a strange orbit and struck 15 years later to the day?

When I wrote my paper on the impacts in 1994, I wrote of an interesting fact that during the first impact, Jupiter was in conjunction with the moon and that the moon was very close to the same position it was in when Messiah was born, beneath the feet of Bethulah (Virgo).

The chart below shows the position of the moon in Bethulah on September 11, 3 B.C. 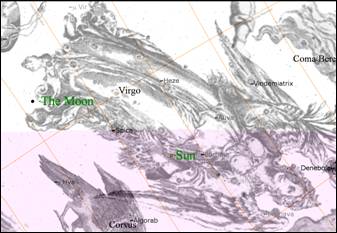 The chart below shows the position of the moon in conjunction with Jupiter on July 16/17, 1994. 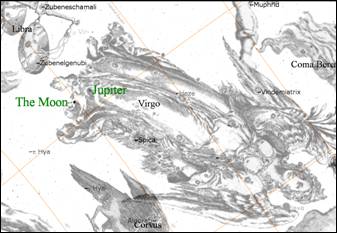 At the time, I thought of this as a very unique coincidence and it fortified this sign for me as Messiah taking the blows that were meant for us upon himself.

But, it even gets much better when we take a look at the position of Jupiter at the time Messiah was crucified and its position when the last object struck it on July 20, 2009. 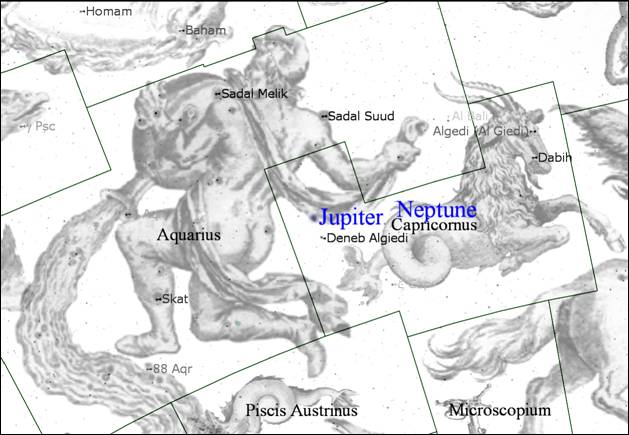 Chart 502 shows the position of the planet Jupiter when it was struck by and asteroid or comet on July 20, 2009.  Jupiter is very close to the same position here as it was on the day of the crucifixion. 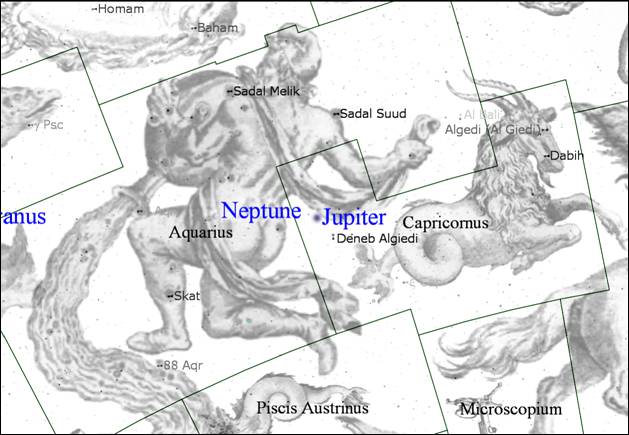 This is absolutely incredible. For both impacts, 1994 and 2009, are either bazaar coincidences or are definitely a sign from or about Messiah or about what is about to take place in the near future.  To His people, it is a reminder of what He did and accomplished for us.  For His enemies, it is a sign that the day of His wrath is still on schedule.  This may be the last blow that THE LORD OR RIGHTEOUSNESS takes for Earth.

This also sort of brings to mind the movie 2010 Space Odyssey.  In the movie a large number of dark obelisks were pulled into Jupiter.  Then a message came up on all computers and television screens in space and on earth that “Something wonderful is going to happen.”  Then shortly after Jupiter exploded and became a new star or second sun in our solar system.

There was some question in 1994 if the comet impacts on Jupiter could somehow ignite it into becoming a new star.  But that is far out of the question.  The physics just do not work for that kind of scenario.  But nonetheless, something wonderful is still going to happen in the not so far future.  Our Messiah will return and take his rightful place as King of the earth.  I do not believe we will have any worries about health care at that time, or about anything else.  He will rule with true justice and there will be liberty for all in Him.  There will be no room for tyrants in His kingdom, in any way shape or form.  We will not be oppressed by the politics of men, and we will prosper as God meant us to.

It is that time of the year again for the Perseids Meteor Shower.  The Perseids Meteor Shower is the most popular meteor shower for the general populous since it occurs in the warm month of August and usually puts on a good show.  The shower generally starts around August 6 and runs through about August 18.  The peak of the shower is always on August 12. 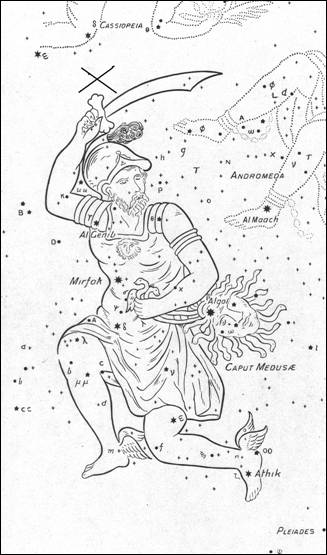 The constellation Perseus or Peretz in Hebrew (the breaker) represents Messiah coming to deliver the captive bride (Andromeda).  This meteor shower puts to mind sparks flying from Messiah’s sword as He does battle with the beast and his armies.  In the picture shown for the constellation Peretz, the Breaker is holding in his left hand Rosh Satan, the head of Satan after defeating him, just as David held the head of Goliath after defeating that beast that came up against Israel.

Jupiter (Zedek) will reach opposition and its closest approach to the earth for the year on August 14.  At that time Jupiter will be shinning at a bright magnitude of –2.9 and will be brighter than at any time since October 1999.  Jupiter will be visible throughout the night and early morning.  It will be the brightest star in the heavens until the early morning when Venus (the Bright and Morning Star) rises above the horizon.  At that time Venus will be shinning at a magnitude of –3.98 and will be in the midst of Gemini.

Chart 503 shows the position of Jupiter in the constellation Capricornus at the time of its opposition. 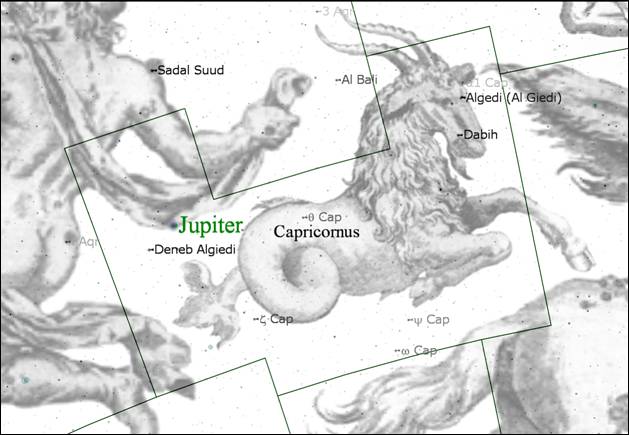 MERCURY AND SATURN IN CONJUNCTION

Chart 504 shows the positions of Mercury and Saturn in Arieh at the time of conjunction. 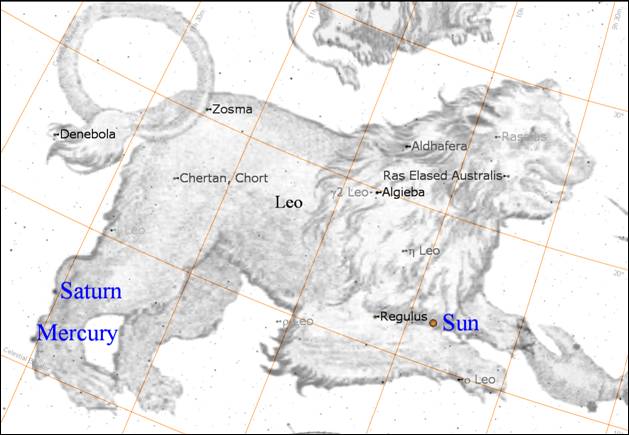 HAVE MAZZAROTH, WILL TRAVEL

I have received a number of inquiries of late asking me if I travel to teach live seminars.  I do so when I am invited.

I am not a rich person so I require that I have a round trip airline ticket to where the seminar is to be taught, room and board (need not be a hotel room) and a minimum fee of $500.00 for my compensation for a weekend seminar.  If you have a group of 20 or so people who are interested in sponsoring a seminar in your area, please contact me at my e-mail address at starguy1@comcast.net or my postal address at Biblical Astronomy, P.O. Box 2272, Oregon City, OR 97045.

May YHVH watch over you and bless you.